When can costs justify discrimination? 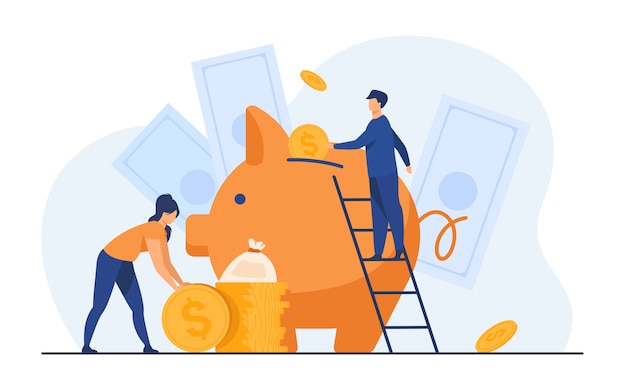 In Heskett v Secretary of State for Justice [2020] EWCA Civ 1487 the Court of Appeal held that although saving or avoiding costs cannot in and of itself justify indirect discrimination on grounds of age, an employer’s need to reduce costs in order to balance its books in response to a public sector pay freeze was a legitimate aim capable of justifying indirect age discrimination.

Employers often seek to rely on costs to justify an ostensibly discriminatory PCP. However, in Hill and anor v Revenue Commissioners & anor (C243/95) the ECJ held that “an employer cannot justify discrimination … solely on the ground that avoidance of such discrimination would involve increased costs”. This has been interpreted in a long line of authorities to mean that cost alone cannot amount to a legitimate aim to justify indirect discrimination, without something more. This has been termed the “costs- plus” approach.

Thus in Cross and others v British Airways plc [2005], the EAT interpreted Hill to mean that ‘An employer seeking to justify a discriminatory PCP cannot rely solely on considerations of cost. He can however put cost into the balance, together with other justifications if there are any.’

Also in Woodcock v Cumbria Primary Care Trust [2012], Rimer LJ in the Court of Appeal described Hill as authority for the proposition that “the saving or avoidance of costs will not, without more, amount to the achieving of a legitimate aim”.

In HM Land Registry v Benson & Edie [2012] the EAT held that it was legitimate for the Land Registry, like any business, to seek to break even year-on-year and for that purpose to impose a budget on the amount to be spent on redundancies.

However, in Department of Constitutional Affairs v O’Brien [2013] the Supreme Court held that sound management of public finances may be a legitimate aim, but that is very different from deliberately discriminating against part-time workers simply to save money (in that case, by denying them a pension). Lady Hale said that equal treatment “cannot depend upon how much money happens to be available in the public coffers at any one particular time or upon how the State chooses to allocate the funds available between the various responsibilities it undertakes.”

In this case, Mr Heskett was employed from 2006 as a probation officer by the National Offender Management Service (NOMS), an executive agency of the Ministry of Justice which set its annual budget. In 2008 he was promoted to band 4 of NOMS’ payscale. There were 25 spinal points in this band. Since Mr Heskett started at the bottom of this band, a rate of progression of three spinal points per annum meant he could expect to reach the top in eight or nine years.

In 2010, due to the economic recession, the Treasury announced a public sector pay freeze limiting pay increases across the public sector. This gave rise to pay negotiations between NOMS and trade unions and resulted in a new pay progression policy which decreased the rate of pay progression from three points per annum to two from April 2010, and to one point per annum from April 2011. This meant it would take Mr Heskett 23 years, instead of 8 or 9 years to progress to the top of band 4.

Mr Heskett brought an employment tribunal case claiming indirect discrimination on grounds of age. He argued that the change to pay progression adopted in 2011 was a PCP which disadvantaged younger employees such as himself since they were inherently less likely than older colleagues to have reached the top of the applicable pay range when the PCP came into force.

The parties agreed that the pay progression policy was prima facie discriminatory, as it had a disproportionate effect on younger employees. The question therefore arose as to whether the PCP was capable of justification and was a proportionate means of achieving a legitimate aim.

Mr Heskett argued that the principal driver for the changes introduced in 2011 was cost. Citing Woodcock, he contended that saving of costs could not by itself amount to a legitimate aim and that the PCP. Therefore, it could not be justified.

The tribunal found that the aim behind the PCP was not simply cost-cutting. That might have been the aim of the Treasury’s pay freeze, but the aim of NOMS was more nuanced. NOMS needed to live within its means, and the changes to pay progression were its way of dealing with reduced financial means. Cost-cutting was the way to achieve the objective, rather than the objective itself.

As to whether the PCP was proportionate, the tribunal noted that it was not open to NOMS to make redundancies, meaning that its options were limited to sharing available resources available as fairly as possible. A radical change to the pay system would have been resisted by trade unions and have taken time to implement.

The Tribunal also took account of the fact that the pay policy was a temporary measure, and that NOMS actively considered changing it so as to reduce the age-discriminatory effect. Therefore, whilst the inequalities produced by the PCP could not be justified in the long term, the policy was a proportionate short-term response to the extreme financial stringency imposed by the Treasury.

Mr Heskett’s appeal to the EAT was unsuccessful. The EAT held the tribunal had been entitled to draw a distinction between an absence of means on the one hand and an employer seeking to place reliance solely on cost on the other. The EAT noted that the case law made it clear that it was a legitimate aim for an employer to seek to break even year-on-year Furthermore, the tribunal had been entitled to give weight to the fact that steps were being taken to address the discriminatory effects of the PCP within a short time period.

Mr Heskett further appealed to the Court of Appeal, arguing that the employer’s purported justification was essentially just an argument based on cost and that the tribunal had been wrong to consider that “absence of means” was anything other than reliance on cost. He also argued that the tribunal had been wrong to place any weight on the employer’s argument that it was actively considering changing its pay progression policy.

The Court dismissed the appeal. Underhill LJ reviewed the relevant authorities including Hill, Cross, Woodcock and O’Brien. He agreed with the Rimer LJ’s judgement in Woodcock that the decision in Hill meant that “the saving or avoidance of costs will not, without more, amount to the achieving of a legitimate aim”.

It followed that the essential question was whether the employer’s aim in acting in the way that gave rise to the discriminatory impact could fairly be described as no more than a wish to save costs. If so, the defence of justification could not succeed. If not, it would be necessary to arrive at a fair characterisation of the employer’s aim taken as a whole and decide whether it was legitimate. The distinction might sometimes be subtle, but it is real.

Underhill LJ expressed concern about the “cost-plus” label, which he thought it should be avoided so far as possible as it could lead to “an inappropriately mechanistic” approach, rather than asking the essential question outlined above.   He affirmed the Benson decision that an employer’s need to reduce its expenditure, and specifically its staff costs, in order to balance its books could constitute a legitimate aim. In the court’s view, there was no basis for ignoring constraints under which an employer was in fact having to operate, particularly where the action complained of was taken in response to real financial pressures, as in this case.

Therefore, the tribunal had been entitled to treat the employer’s need to observe the constraints on staffing costs imposed by the Treasury pay freeze as a legitimate aim. However, it still had to show that the measures taken represented a proportionate means of achieving that aim and whether the aim could have been addressed in a way which did not have a discriminatory effect.

Turning to the matter of whether the tribunal had been entitled to find that the PCP was a proportionate means of achieving NOMS’s aim, Underhill LJ rejected the argument that the fact that NOMS was intending to change the pay progression system was irrelevant to whether it could be justified for the period to which the complaint related. An employer might feel obliged to take urgent measures which had an indirectly discriminatory effect on a group of employees. There was no reason in principle why an employer couldn’t seek to justify those measures on the basis that they represented a proportionate short-term means of responding to the problem in question, albeit they could not be justified in the longer term. This is not the same as an employer saying, “I know I am discriminating but I will do something about it soon”, which would not be permissible. Accordingly, the Court of Appeal dismissed Mr Heskett’s appeal.

This case confirms the well-established principle that costs alone cannot justify discrimination and that something more will be required to ensure an employer can justify a PCP’s which result in discrimination. This may lead to a rather nuanced and somewhat artificial search for the “plus” factor and to a degree of uncertainty in cases where justification is based on allocation of resources. However, the emerging case law such as Benson and Heskett establish that the need to operate within a budget or balance the books may be treated as a legitimate aim that is more than just saving cost.

Underhill LJ referred to the need to be able to justify disparities by reference to “real-world financial pressures”, particularly in age discrimination cases. This will be a welcome clarification for employers who will doubtless be subject to budgetary constraints and under pressure to balance their books in the current economic climate. However, this does not mean that employers can ignore the potential discriminatory impact of their decisions because as the Supreme Court made clear in O’Brien, the question of how resources are spent within the budget must be done in a way which limits any discriminatory impact as much as possible.

If you require further information on the issues discussed in this article please contact:

This is a general summary of the legal issues and not a complete statement of the law. Specific advice should be sought in each case.